Founded in December 1985 to provide facilities

for retired and semi-retired professional and business men

to meet in fellowship and to maintain social contacts

The founding of our club began in the early months of nineteen eighty-five when half a dozen men of retiring age, loosely connected through work and church, decided they would like to meet in a more organised way on a regular basis similar to how their wives did in their women’s groups

Probus came to mind. They knew of the local Wortley and Stocksbridge clubs. The favoured nearer one meeting in Wortley was full and had a waiting list. In those days Stocksbridge was considered to be too far away!

So after some asking around friends of friends and acquaintances and informal discussion they decided that it would be feasible to attempt to start a new club. One particular friend, Mr Bill Beckett, who was one of the leading members at Wortley and happened also to be a member of the Vocational Service Committee of Rotary, offered to give whatever help he could to get a club underway. This was readily accepted although unlike some clubs we have never had an official link with Rotary

A preliminary meeting in November, attended by twelve interested men plus three more who tendered their apologies, was the successful springboard for launching the new club. The founding meeting was held on Wednesday 11 December 1985 at the Ecclesfield Further Education Centre. An in-depth discussion considered how the club could be run to provide the aims desired. Many of the necessary basics for the structure of the club were formally put in place. An initial committee was elected; an annual subscription of £3 agreed; meetings would be monthly; and perhaps most importantly the name “Chapeltown and District Probus Club” was decided. The club constitution based on that of Wortley Probus was adopted. The wish to have speakers was decided but until the membership numbers built up these would be in-house or friends. Meetings during school holidays were convened at the Methodist Church and on 12 February ’86 the twenty-one members attending were part of the first club photograph taken to advertise the club in the local weekly newspaper 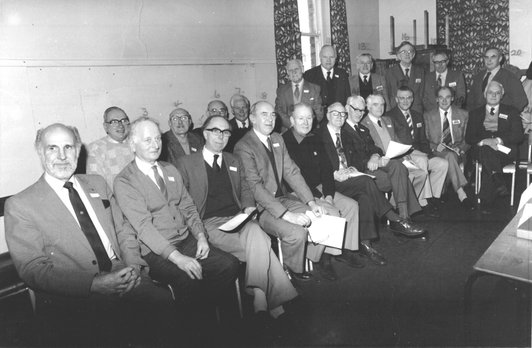 At the first AGM in March 1986 membership was continuing to increase as a result of ‘spreading the word’. Interestingly the membership catchment area (District) was defined as “Chapeltown, High Green and Thorpe Hesley and embracing such areas as Wentworth” Oddly no mention of Ecclesfield? Since then times have changed because the early minutes record that at the discretion of the committee a friend of one member, having moved from the area to live in the Manor district, was allowed to join! However it is testament to the work of the founders and their care in building the structure of the club that over the ensuing thirty-five plus years little has needed to be changed

We still meet on the second Wednesday of each month – but at the Grenoside Community Centre since the further education centre is no more; we have the same working committee; we have outside speakers; we hold seasonal lunches (originally called Ladies Lunches); and organise occasional local visits to places of interest

Also through all those years there remained three of the founder members whose idea it was to form a new club - Mr Leslie Smith became the first chairman, Mr Stamper Metcalfe his deputy, and Mr Bert Blackshaw the first secretary. They each continued to serve the club in various capacities and remained active members up until their deaths between 2014 and 2016 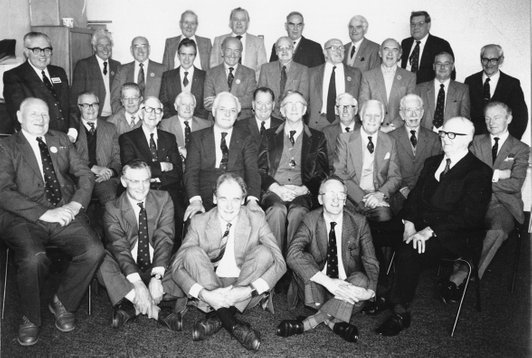 Read the document below for more information on Probus Clubs worldwide